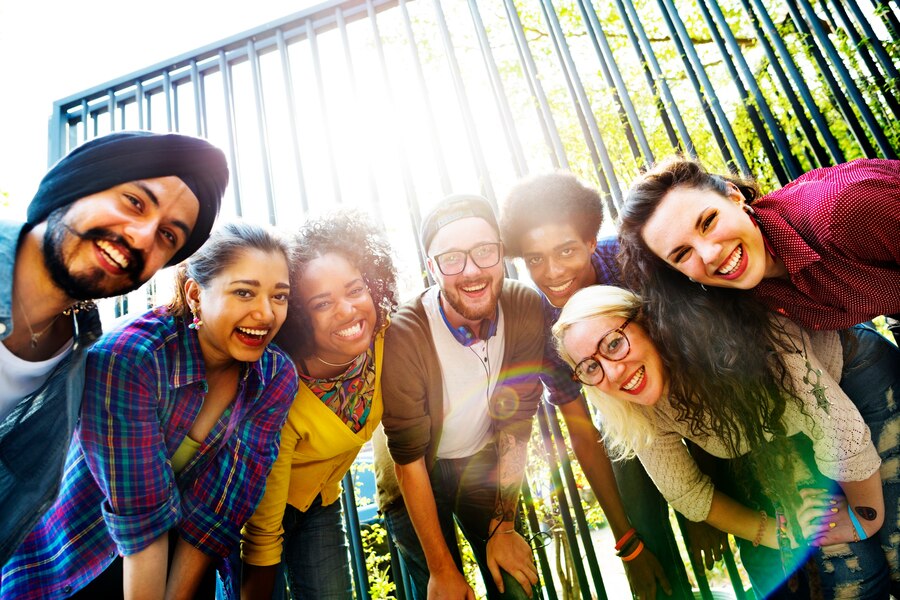 Why Punjabi Students are more inclined to Study in Canada?

There aren't many Indian cultural groups that can compete with the resourceful Punjabis! They have a lot of talent. They are witty, tenacious, and hardworking, and will stop at nothing to realize their lofty goals. Additionally, the large number of Punjabis who have settled in the Canadian heartland has created a fascinating cultural phenomenon. What motivates them about Canada, then, and why do members of the Indian and Punjabi Diaspora choose to immigrate and Study there? Here are some key aspects we go through to explore Punjabi diversification in Canada

1. Their Majesty is an intriguing justification

It turns out that the Indian soldiers, primarily Sikhs from Punjab, were in charge of the peacekeeping missions when the Queen of England's Majesty ruled on Canadian territory. The Sikhs were given the choice to remain in Canada or go back to India by the Queen after they were expelled from the controlled territory.

It turns out that the Indian Sikh population has been employed as agrarian farmers in Canada for a very long time. For a considerable quantity of time, they have owned, operated, and harvested a rich array of agrarian work in the heartland of Canada so that their relatives and successors may carry on the work in the next era.

3. An improved quality of life

Focus is frequently lost on often-quietly glimmering economic powerhouses like Canada and Australia in the face of the enormous roaring and economic strength of economies like the USA, Germany, Russia, and China. But among the most industrialized countries, Canada has a highly consistent and high standard of living. The Sikh population is greatly drawn to the area because of this.

Also Read: Choosing Canada as your study destination has many advantages.

Canada has comparatively lenient, or perhaps more accurately, lax immigration regulations, which facilitate easy movement into the country. On the other side, nations like the USA, the UK, and others have tight immigration regulations, which is why communities from India return home after finding employment abroad. Therefore, obtaining permanent residency is not a workable solution.

5. Canada is a generally laid-back and accepting country.

It is not surprising that the current Prime Minister, Justin Trudeau, has a number of Sikhs in his cabinet and in the Canadian parliament given his personal affinity and closeness to them. Add to this Canada's high level of religious tolerance, which accords all sects, cultures, and varied religious nationalities equal rights to practice their religion. Sikhs in particular from Punjab are in awe of this truth.

The Sikhs have historically taken a fancy to the top-notch facilities and centers of learning at renowned hubs like Montreal, Toronto, and other Canadian locations. The Punjabis, who is known and admired for their spirit of enterprise, is known to have a predilection for knowledge.

7. A sense of comfort while traveling

The extremely significant Punjabi community in Canada views the country as another home away from home outside of India. Its stunning scenery, inclusive democracy, and fiercely independent and free-thinking state apparatus all portend great freedom of expression and give Indians, especially Sikhs living outside of India, a warm and welcoming sense. Also, tens of thousands of Sikhs have immigrated to Canada since India gained its independence. Once established and making progress, they have been swift in lending a helping hand to Indian families.

Why do students from Punjab prefer to study in Canada as the top priority?

The top factor influencing a student's decision to study in Canada is the high caliber of educational resources offered there. A student's graduation from a Canadian university is always seen as a symbol of excellence and reliability. The educational system in Canada also encourages interdisciplinary research.

Canada has the most affordable university tuition among all English-speaking nations. In both large and small cities, choosing a campus that is affordable is simple. To lower school costs, a person can also submit an application for a wide variety of scholarships.

If they are a researcher, Canada is undoubtedly their paradise. Because of its unique emphasis on technology, research, and development, supported by its government, Canadian education stands out.

If a candidate decides to study in Canada, they will gain advantages in three areas: language, education, and employment. If one fits into a certain age category, one would receive an extra point. Canadian education can provide favorable points for a variety of immigration streams, such as the Express Entry or PNP stream.

With a superior and excellent education and great programs in an infinite number of subject areas, you can learn and show your creativity with the help of knowledgeable educators and academics from all over the world.

Cultural Experience that is Rich

Canada is renowned for having a diverse population, which has led to a thriving cultural fusion. A hockey game, the sounds of the Montreal International Jazz Festival, a pair of cowboy boots for the Calgary Stampede, or other recommended experiences are all available in Canada.

One of the safest nations is considered to be Canada. Racial prejudice is also uncommon throughout the nation, poll research shows. Colleges and universities take the necessary precautions to guarantee the total safety and well-being of their students. There have also been reports of the Canadian Police being quite active.

Can Punjabi board students apply for Canadian Study Permit?

Yes, students are eligible to apply for a study visa to Canada based on their completion of the senior secondary course offered by the Punjab School Education Board. More than 55% and a minimum of 40% in each core subject are necessary for the 12th grade. 6 Bands total, not fewer than 6 in each module, is the minimum required. Additionally, with a 6 overall and at least a 5.5 Band, they have access to several non-SPP universities.

Also Read: Is it simple to obtain a study visa in Canada? If you have any queries about Studying in Canada, Scholarship in Canada, Top Course in Canada and Admission process in Canada talk to our experts.